The Cane Tassel • May 10, 2021 • https://thecanetassel.org/988/news/seniors-recognized-as-presidential-scholars-and-senate-youth-delegates/ 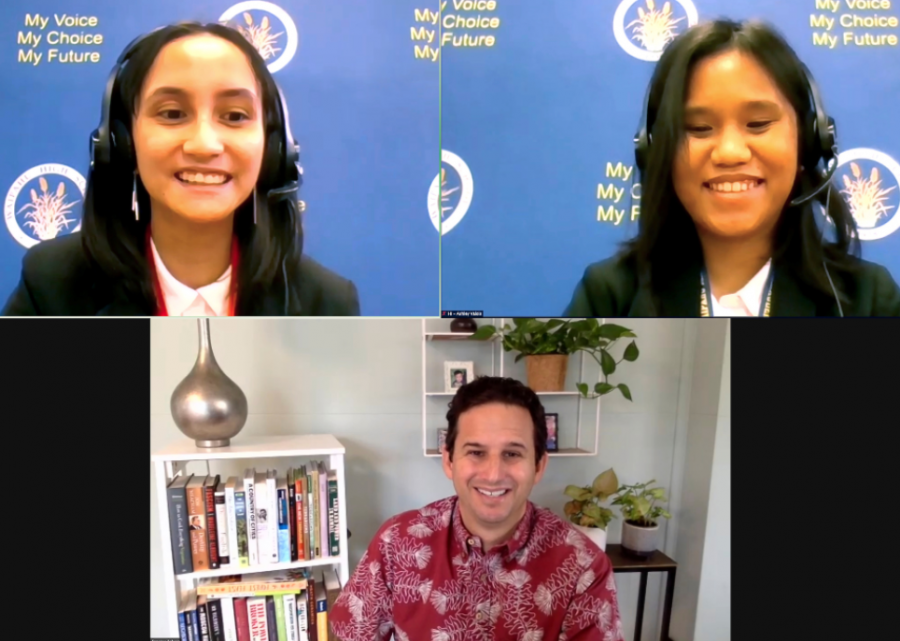 As the end of the 2021 school year approaches, seniors are making their final strides as Waipahu High School students. Ten WHS seniors have made their mark as candidates for the U.S. Presidential Scholars Program, and three have been named semifinalists.

Jeyan Francis A. Cornelio, Royce Daniel B. Ilaga, and Reyan E. Lee were selected as semifinalists.

Jeyan Cornelio, a semifinalist for the US Presidential Scholar in Career and Technical Education, says that the application process was similar to that of a college application. “We needed to complete several essays, list out our community involvement and extracurriculars.” he says. He adds that he applied due to his recommenders’ confidence in him. Cornelio says, “I’m so happy to hear that  a large group of students from Waipahu are candidates for the program. It makes me so proud to be a Marauder and a part of the class of 2021.”

Two Waipahu High School students were also selected to represent Hawaii in the United States Senate Youth Program. The USSYP selects two students from each state to participate in an intensive week-long educational event.  During this time, selected delegates attend government meetings and hearings to get a firsthand look at the federal government in action. Senate officials, leaders, military personnel, and other political advisors present demonstrations and lessons on different topics and issues of concern. In addition to participating in the student delegation, each delegate receives a $10,000 undergraduate college scholarship. Due to the pandemic, all events were held online. This presented the two Hawaii delegates form WHS, Hollie Rader and Ashley Valois, with the additional challenge of having to arrive at school to log in at 3-4am each morning to attend meetings.

Despite the demanding schedule, Valois said the program was eye-opening. “I’ve come to realize my true political ideology. There is a spectrum of them and while this can take a while to figure out, it will feel liberating when you do,” she says.

Rader realized “the level of care and compassion” that government officials possess in order to help their communities, gaining further respect for them “regardless of our opposing views on certain topics and policies.”

Both Valois and Rader say that another highlight of the program was meeting fellow student delegates.

“My favorite part of the program was meeting and conversing with students like myself from all over the nation. My fellow delegates are some of the most encouraging and extraordinary people I have ever met,” says Rader. Valois adds that “Group chats emerged and we became each other’s biggest supporters. I’ve met lifelong friends through the program and I could not be more grateful.”

Rader says, “It was truly an honor and privilege to represent Hawaii at the United States Senate Youth Program. From attending this event, I hope to continue to form connections and relationships with other amazing servant leaders and be an advocate and role model for those in my Waipahu community and Hawaiʻi.”