Waipahu High School’s very own “Assistant Principal of the Year” 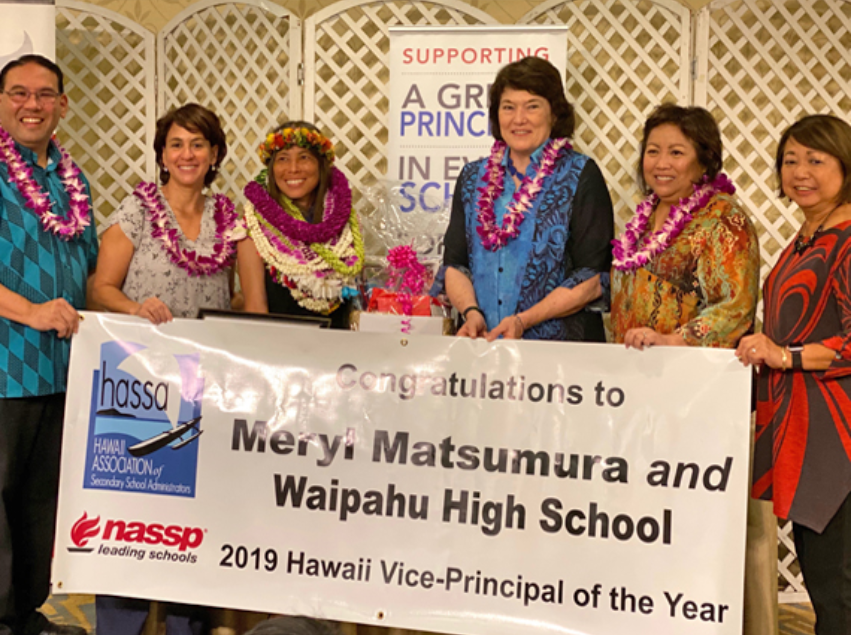 Photo via Hawaii Department of Education

These organizations annually recognize assistant principals at the middle school and high school level.  They look for nominees who have displayed admirable characteristics of an ideal assistant principal, such as creating quality school opportunities for their students.

Once she was nominated for the award, Matsumura was required to fill out an extensive questionnaire about her contributions to Waipahu High School (WHS), and submit three letters of recommendation (one of them being from a student), to be considered for the title.

Matsumura was assigned to support the Academy of Natural Resources (ANR).  In 2015, ANR was given the first academy in the state to be awarded model status by the National Career Academy Coalition.  Just this past school year, ANR was recertified along with the Academy of Health and Sciences.

Matsumura continues to make an impactful addition to the WHS administration each day.

“Every day is a new day, and every day brings you new and different things to work on.”