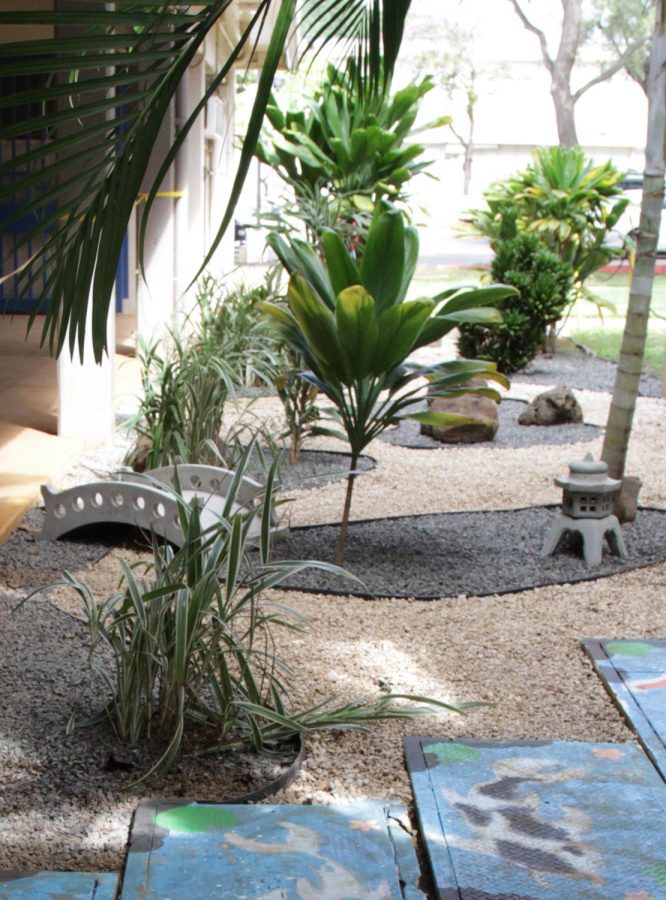 The Japanese language classes at Waipahu High School have taken learning about culture a step further by designing our school’s new Japanese rock garden between the office and E building.

The previous garden was built near Q building in 2015, but was moved due to construction on the new building.

The Japanese classes are taking what they learned from the previous garden to improve on the new garden. They received a grant to develop the garden with the help of Japanese teacher Tanya Harris.

Fellow Japanese teacher William Smith believes students have grown a better understanding of Japanese gardens. “I also think the students kind of feel pride when they go by and see that,” Smith says.

Designing a new garden has opened many possibilities. Students added a Hawaiian twist to the traditional garden, and completed the garden mural in late February.

During the President’s Day weekend, Drawing and Painting Teacher Alison Meggs and 10 of her students designed and painted the mural behind the garden. Meggs says she was inspired by the garden’s setup and wanted to evoke landscapes in Japan. Despite the challenges of maneuvering with the ladders and painting smaller details, Meggs says that she is really proud of the students’ efficiency and communication on this project.