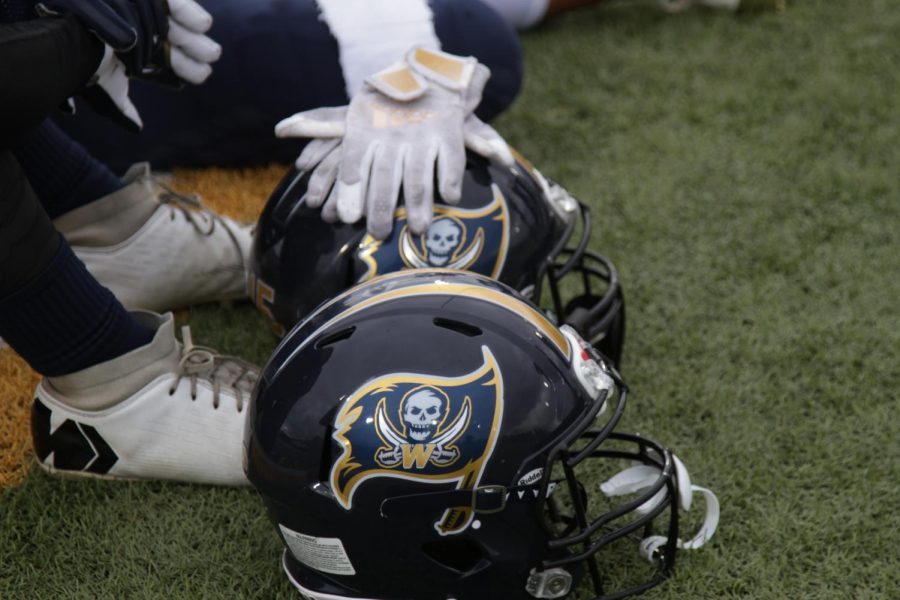 While finishing his online classes as a junior, Connor Wittig (’22) never thought that he would become the kicker for the varsity football team during his senior year. During Wittig’s sophomore year, the COVID-19 outbreak reached Hawaii, cancelling all athletics. At the start of the the 2020-2021 school year, all classes were online, and high school sports had yet to return.

However, with the creation of the COVID vaccine and new measures to prevent the spread of the disease, in-person school and sports started up again.

Fellow senior Elisha Fuiava was not going to take his last Marauder football season for granted. While sports were on pause, Fuiava prepared for his return to the field by “going to the park and lifting weights with my small group of friends.” He also “watched films from the previous season trying to find ways to stay ahead of the game.” Fuiava was prepared for the football season and had high expectations saying, “we were [going to] be great and that’s something I knew from the very beginning!”

During the first home game against the Kailua Surfriders, quarterback Joshua “JJ” Manu (’24) threw three touchdowns a total of 275 yards for a 24-14 win against the Surfriders.

Opening the season with this victory, the Marauders continued this winning streak against Moanalua’s Menehune. Senior Michael Iaulualo secured the second win with a touchdown during the third quarter. The Marauders had a final score of 21-14 with a 2-0 record. However, the varsity team lost their next three games against the Castle Knights, Aiea’s Na’ Ali’i, and Roosevelt’s Rough Riders.

The Rough Riders blocked a field goal for an 88-yard return at the end of the fourth quarter, earning them a 17-16 win over the Marauders.

Although the Marauders finished with a record of 2-3, the varsity team and its seniors in particular were excited for their Senior Night, where families and students gave the seniors posters and lei to celebrate the season and their last home game.

Wittig and Fuiava say that they were grateful for the opportunity to celebrate Senior Night after last year’s seniors were unable to have a homecoming game.

Fuiava says, “It was a huge blessing and honor to have one! I played with a lot of those seniors who graduated last year and to say it hurt me as an underclassman is saying a lot. It’s a special night that not everyone gets to experience, so it definitely [was] something special.”

Both seniors have advice to offer underclassmen on their team. Wittig says, “Try your best because this is a one-time thing.”

Fuiava says, “You get out what you put in; that applies to the classroom and the field. Be all in! Enjoy [your season] while it lasts.”

Waipahu’s junior varsity football team entered the Division II championships with a standing of 3-1. They play against the Castle Knights, whose record is 2-2, on Dec. 11 at Waipahu.