Why are games becoming more underwhelming? 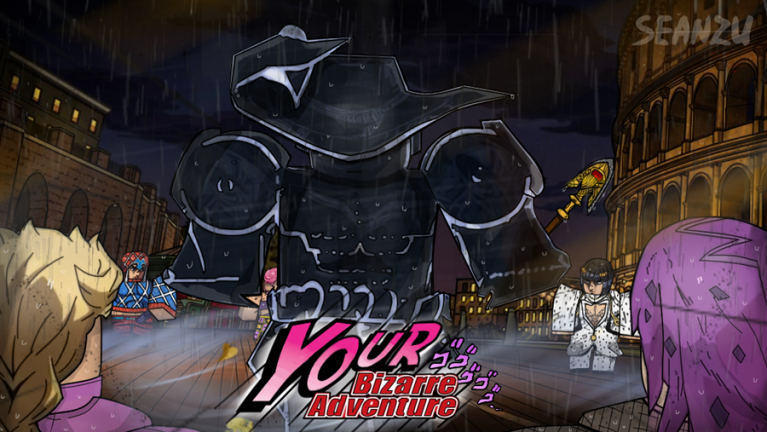 "Your Bizarre Adventure" is one game that may leave typical players left unheard.

Have video games not been giving you the same kick as they once did? Did the last few releases leave you disappointed, maybe even a little angry? As the tools to develop become easier to understand and use and the market for games becomes more lucrative, this feeling echoes through many communities. With new releases adding more problems and greater expectations for studios to bear, it’s understandable why newer games may not be up to par with older ones that had almost a decade to be refined.

But even with all the time in the world, some games are still not up to scratch. A game like “Cyberpunk 2077” took nine years to develop, and wasn’t close to what was expected from a game with such a long development and from such a large studio.

Sometimes, it’s not a bad start that brings a game’s downfall, it’s neglect. “Team Fortress 2’s” main way to learn and play the game, casual mode, is currently unplayable. The game that used to update every year, with players getting excited every time a holiday event came around, is now lucky to receive a quality of life update. Players are left angry as the game they once loved is put aside by Valve as they pursue more lucrative products. So why is this feeling so mutual now among players? Why have games been on the decline lately?

A lot of communities as of late have had less and less communication with developers as it seems developers won’t even hear the players out. “Your Bizarre Adventure” (YBA), a fighting game that is notorious for being unbalanced, reflects this disconnect. Players have proposed many changes to the developers, but it seems that the only voices considered are either big community figures, or moderators who are known to play with overpowered specs, which makes their suggestions feel more suited for them than for the community at large.

While YBA was created by a smaller development studio, with its head developer not yet out of high school, a very similar game, “A Universal Time” (AUT) is much better when it comes to connection between players and developers.

The game is full of bugs and unbalanced features, but they handle these problems differently. The AUT team says what their intention was for adding, removing, or reworking moves. They don’t leave the community completely in the dark about the next update.

When YBA updates, on the other hand, it can be quite controversial and go against what most of what the community wants. One recent addition to the game makes one mode a really boring experience and makes another one a drag to get through unless you’re using specific things that put a bandaid on the problem. While there’s no way to confirm it, it seems like that change was added for the moderators’ biggest problems, completely ignoring the wishes of the community.

Yet getting players’ hopes up is only one thing that makes new games and updates more disappointing. A lot of people are getting fed up with new business models that want to take more and more money from consumers with minimal effort from studios; for example, the addition of “season passes.” Season passes and microtransactions make a lot of games feel less genuine then they have before. Most follow the business model of paying every so often for better rewards that, while still present, wouldn’t give you as much as they would if you paid for the battle pass. While these additions may seem harmless, they open the door for developers to add more microtransactions, which leads to games becoming more “pay to play.”

While some may not like to acknowledge it, money is a huge reason why any developer would want to continue to work on a game into the future. Some do it out of passion, keeping their game alive for a potentially small community. Yet those games are loved by the people who play them for one reason or another. A bigger studio like Rockstar probably has other reasons to keep games alive.

Rockstar has a lot of beloved franchises under their belt (Grand Theft Auto, Red Dead Redemption, Max Paine, Bully, LA Noire) but right now they seem to only be focused on one. “Grand Theft Auto 5” (GTAV) or more specifically its online mode, looks to be the only game in Rockstar’s eye right now. GTAV is over seven years old at this point, yet still receives updates from Rockstar. It’s obvious that GTA is where the money is, as the updates make the game increasingly boring and repetitive to make paying to bypass it more appealing. When you compare it to its next most active community, “Red Dead Redemption 2” (RDR2) it’s clear which game is favored by Rockstar.

RDR2, on average, has 15,000 players on Steam at any given time, while GTAV has 80,000 players at any given point. Both games are quite similar to each other, yet it’s obvious which one is the favorite. The online mode for GTAV has gotten unrecognizable to its base game. They’ve added flying cars, laser weapons, and tons more other items that make it less of a realistic looking sandbox, and more of a 4th grade dream house. This has left the older players who remembered the previous versions of the game disappointed, as Rockstar has continued to pander to profit instead of adding to the game.

One important element of releasing new games, downloadable content, and updates is studios hyping up games. Creating hype has many benefits to upcoming releases. It gets people talking about the game, which serves as free advertising, and gives developers a chance to show off what they’ve been working on. But it has the potential to also lead to hate. Overhyping has become a real problem for studios now.

At its launch, “No Man’s Sky” was way overhyped by the studio. While the game currently is well-received by most, it was missing a ton of promised features when it was released. This spreadsheet by the Internet Historian shows which promised features were absent from the game on launch. Almost all of the features were missing from the game as the developers continued to hype it up, even though the game was buggy and barren of the features promised to the community. The game also had gotten the spotlight from Sony as it was advertised as a triple A big release, even though the studio itself was comparable to an indie team.

These problems, once rare in the gaming industry, are now more common than ever and they look to keep getting worse. Some of these problems aren’t even that hard to fix. Studios should implement ideas from the community, or at least hear some of them out. They should release videos showing what they’ve been doing for the last couple weeks or months, and hold back on showing the community more than what they actually have. If those things happen, not only will players be happy, but things will be easier on the studios as well.